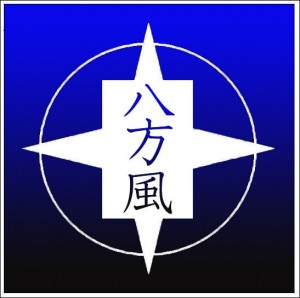 Happokaze Budo is a kenkyukai (study group), led by Benjamin Greve dedicated to the study and understanding of the koryu (traditional) and gendai (modern) martial practices of Japan and Okinawa. It is a proud member of the Kokusai Nippon Budo Kai (www.knbk.org) and currently focuses on the arts of Muso Jikiden Eishin Ryu Iai Heiho, Shindo Muso Ryu Jojutsu, and Ono Ha Itto Ryu Kenjutsu.

Muso Jikiden Eishin Ryu Iai Heiho is a Japanese martial art which emphasizes drawing and cutting with the samurai sword (called a ‘katana’) in a single fluid motion. It traces a direct lineage back over 475 years to the founder, Hayashizaki Jinsuke Shigenobu, who developed this particular style of swordsmanship. The practice includes both individual and partner techniques (waza) utilizing both wooden and blunted metal swords.

Shindo Muso Ryu Jojutsu was founded circa 1605 by Muso Gonnosuke Katsuyoshi after being defeated in a duel by the renowned swordsman, Miyamoto Musashi. After the defeat, Gonnosuke confined himself at the Kamado sanctuary, on Mount Homan for 37 days and nights to train and meditate. As a result, he was able to reach illumination (satori) and develop a system of techniques utilizing the jo (short staff) that allowed him to then successfully defeat Musashi in a rematch. 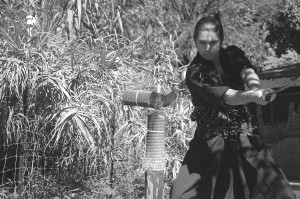 Ono Ha Itto Ryu is a classical Japanese school of kenjutsu (odachi, kodachi, habiki) and was founded by Ono Jirouemon Tadaaki who inherited the school from Ito Ittosai Kagehisa (Itto ryu). Ono Tadaaki was the kenjutsu instructor of the Tokugawa shogun. “Itto” means “one-sword” and refers to the styles basis of being able defeat the opponent with a single stroke. We practice Ono Ha Itto Ryu Kenjutsu as members of the KNBK/JKI under the authority of Sasamori Takemi Soke, 17th headmaster of Ono Ha Itto Ryu.

Greve Sensei began his martial arts training in 1987 at the age of six. Since then, he has trained in many different types of martial arts including Kempo, Karate, Escrima, Taekwondo, Jujutsu, Aikido, Iaido, Kenjutsu, Kendo and Jojutsu. He is currently a 3rd Dan in Muso Jikiden Eishin Ryu Iai Heiho with a Shidon instructor’s license from the KNBK. 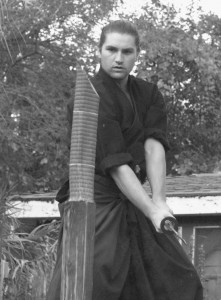