The Aikido & Healing Arts of Roseville has many different yudansha (senior level students) amongst its roster, and we are fortunate to have many of them who are willing to help out as aikido instructors who share teaching responsibilities throughout the week.  This allows for a rich group of quality instruction from a variety of different Sensei.  While we encourage everyone to try out all our classes, we appreciate that not everyone can take advantage of our classes 7 days a week.  While many of our yudansha will help out to teach classes on occasion, we have included information on each of our current, regular instructors below: 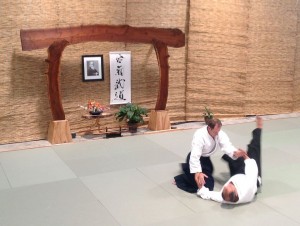 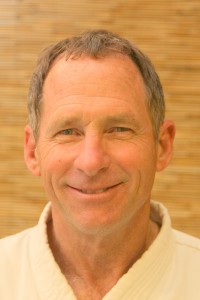 Kevin Kemper Sensei’s introduction to Aikido happened in August of 1987 at a Unity Retreat on Crystal Mountain Washington at a class led by A. Craig Eddy Sensei and the author Dan Millman. There was instantly a recognition that this was different from any other martial art that he had seen and that there were more constructive possibilities for reconciliation. He will remember it forever as a watershed moment where he recognized that he had found his martial art.

Kevin Sensei began studying with Dang Thong Tri Sensei at the Budo Educational Center in Sacramento, CA; studying with him until shortly before his passing in 1995. He started training again in 1996 with Dave Brigham Sensei in Fair Oaks, CA. at the “Ice House Aikido Dojo”. In 1999, during reorganization, Peter Arno Sensei took over the responsibility as Dojo Cho and the dojo affiliated with CAA under the direction of Frank Doran Shihan.

The Aikido and Healing Arts of Roseville aka; “Roseville Aikido” opened in 2010 and was also subsequently accepted into CAA.

Troy Yee has been a martial arts enthusiast since he was a little boy. He began his formal training in 1990. In 1998 he was awarded his 1st degree black belt in Kenpo Karate under the tutelage of Larry Ried/ International Self Defense.  Troy soon became fascinated by the grappling skills of the Gracie Jujitsu practitioners joining the Gracie Academy in 2002, earning a blue belt.

Feeling a need to move beyond the physical fighting arts, Troy began his study of Aikido in 2005. In 2014 Troy was awarded the rank of Shodan ( 1st degree) by the California Aikido Association.  Troy currently studies Aikido at the Healing Arts Center in Roseville, CA.  He has a passion for teaching and enjoys spreading the Art of Peace to everyone.